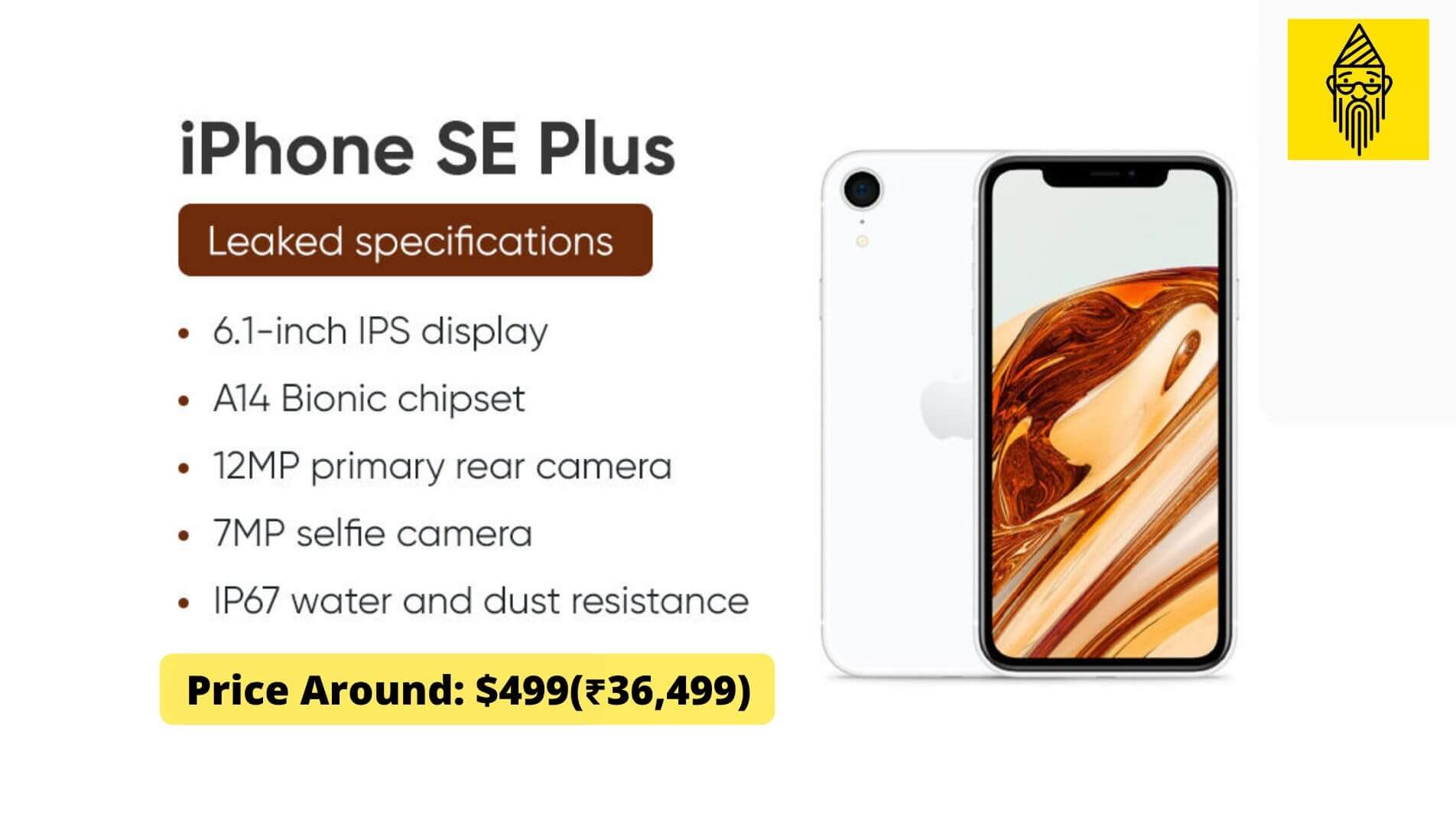 Apple successfully entered into the budget phone segment in 2020 with iPhone SE and iPhone SE was one of the most sold budget phones all over the world. Now leaks on Twitter say Apple is planning to release the plus version of iPhone SE which is going to looking like iPhone XR, and here is the leaked image of the iPhone SE plus.

Coming to iPhone SE Plus specifications the upcoming iPhone SE plus has an A13 bionic chipset and it will be having the 6.1 Inc IPS display. But the tipster says there’s a chance of launching iPhones SE with the more latest A14 chipset. It is packed with a 12MP primary rear camera with a flashlight and there will be a single rear camera on the iPhone SE plus. On the front, there could be a 7MP sensor for video calls and Selfies.

New leaks say that iPhone SE plus will have support to 6 portrait light effects, smart HDR 3, and OIS. iPhone SE Plus will have an IP67 rating for water and dust resistance. The tipster says this mobile will have the fingerprint sensor with a home button but as per the leaked pictures, there is no home button so for the touch sensor we need to until the official announcement or new leaks. Or we might expect a touch sensor on the power button.

The iPhone SE plus design is not a new design, it is mostly similar to the iPhone XR which was released on 2018, with the big uncomfortable notch at the top of the phone for sensors and Selfie camera. The volume up, down and silent slider are placed on left side while the power button placed on the right. Unlike other iPhone this upcoming iPhone s e Plus will have thick bezels on the sides of the screen.

iPhone SE Plus price apparently will be around $499 (might be Rs 36,499) for the base model,  and the price will vary open the internal memory that you opted for