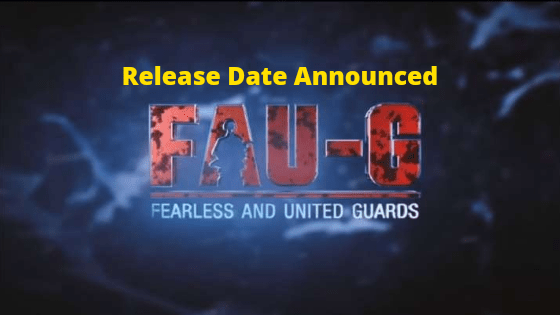 The FAU-G is the Indian desi game with got huge hype after the banning of pubg in Indian. the FAU-G is promoting by the Bollywood actor Akshay Kumar and the game is developed by the company called nCore Games.

FAU-G was completely designed by keeping the Indian army in mind. if you see the trailer of the fuag game you would understand the game map is designed based upon the recent India and china war moment.

The release date announced by the nCore games. and by Vishal Gondal (founder of nCore games) and Akshay Kumar on their social media accounts.

FAU-G or Fearless And United Guards is set to release in India on January 26, Republic Day. Most likely it will only release on Android devices only and we can expect soon for IOS devices

It’s been a while that FAU-G is up for pre-registration in the google play store. In case If you have not pre-registered for the FAU-G yet, you can simply register by heading to the play store or you can register by clicking on the link here. Pre-register

Here is the latest FAU-G trailer. The latest trailer gives us a glance that the game was designed based on the true war event. that had recently happened in LADAK and you can see the trailer down here.

Coming to the graphics of the games, FAU-G is not that graphically designed as pubg. If you are a former pubg player you might be disappointed by the game graphics. and again it is too early to comment on the graphics, hope that FAU-G will fill the space of pubg ban
For more tech updates and how-to follow us on Instagram and Facebook

Book of the day