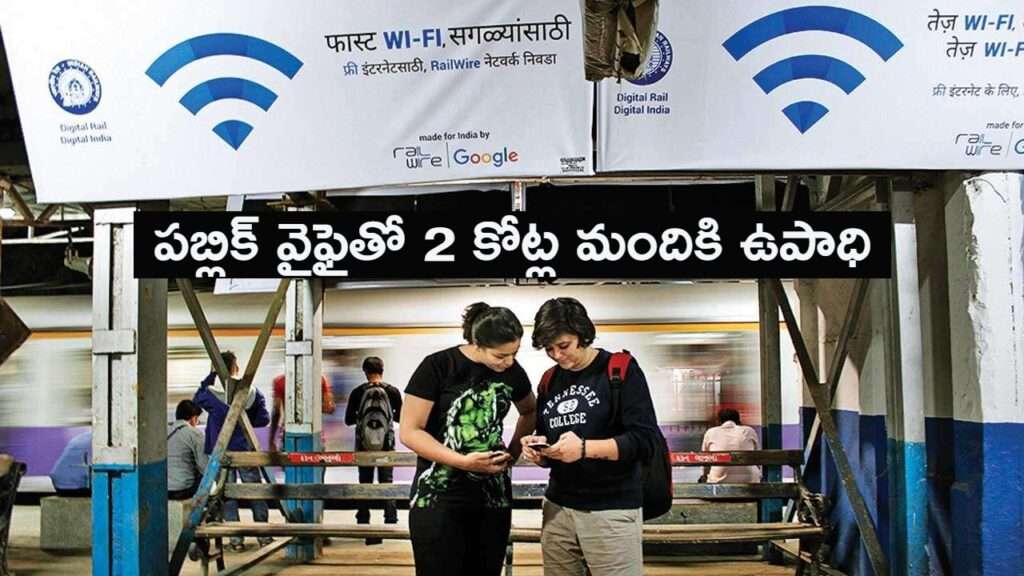 TV Ramachandran, President, Broadband India Forum, said that the PM Wani (Prime Minister’s WiFi Access Network Interface) scheme will provide affordable internet services to rural people across the country. In addition to providing greater internet connectivity at a lower cost, the public Wi-Fi model PM Waniki has the potential to create over 2 crore job opportunities, he said. He said the public Wi-Fi model did not alleviate concerns about feasibility.

He said the new scheme would bring Wi-Fi hotspots to more populated areas. He said mobile data tariffs are likely to increase by 30-40 per cent in the near future. He also said that the existing Wi-Fi services are more expensive for the common man. PM Wani (Prime Minister’s WiFi Access Network Interface) could emerge as an affordable way to mass public connectivity. The government has said there will be no license fee to provide broadband. This policy is being developed with the participation of various communities such as Public Data Office (PDO), Public Data Office Aggregators (PDOA), app developers. He said the move would create a friendly business environment and be conducive to efforts to facilitate business.

The government aims to provide sustainable and high-speed internet services to a large number of subscribers in the country, including areas without 4G mobile coverage. To this end, it is known that the Union Cabinet has given the green signal to the proposal to provide public WiFi networks through Public Data Offices (PDOs). By 2022, 1 crore public Wi-Fi hotspots will be created. Currently there are only 3.5 lakhs across the country.